Selling after a separation or divorce 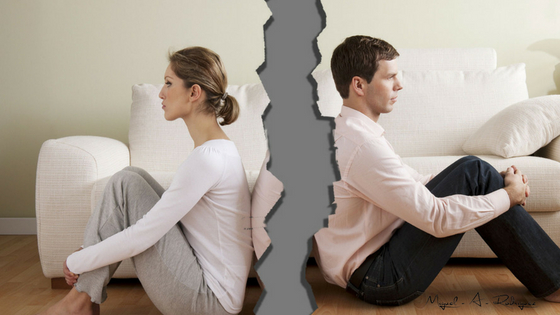 Currently, and this is not by my own, according to INE (National Statistics Institute): more than 400.000 couples a year get separated, divorced or marriage annulment. In fact, Spain is the second country of Europe with the highest rate of divorces. As a matter of fact, after a separation, if the couple is renting a house, the solution is relatively easy. But… what happen when they buy a house together? In this case the “mess” starts, and overall, when they have minor children, a mortgage, etc… things start to be more complicated.

Well, we have to take things as they come, and if the relationship does not work, what should we do? However, for avoiding the saying from Henry Ford where he said: «Most people spend more time and energy going around problems than in trying to solve them»; let´s see what options we have if we are in a situation like that, and which could be the most recommendable choice depending on our case.

ANY MINORS UNDER YOUR ROOF?

For a “normal” Spanish couple, the house usually is the most valuable asset that they have, and so, when the relationship is over, it is the most difficult business to deal with, as well as children´s custody. If they are under 18 -although there are some exceptions- the use and enjoyment of the house will be for the minor/s until they turn 18. Therefore, the house is going to be enjoyed by the spouse that gets the custody, as it is contemplated in article 96 of the Civil Code.

Once they are at legal age, we can face two options:

1- Starting a measuring procedure –contemplated in article 775 of the Code of Civil Procedure- that urges to the selling or adjudication to one of them -previous an economic compensation to the other side-.

2-Ask for the “launch” of the occupant, in enforcement of the previous sentence that you get in the regulatory agreement, by the time of termination of the right to use.

Another important factor to take into account, is the marriage economic regime. So, depending on if they choose between the community property or the separation of property, the distribution of the earnings or profits will have one consideration or another.

If we find ourselves in front of the community property, both the debts and the assets acquired from the moment they got married, everything will be distributed between them.

However, with the separation of property regime, each of them can have their own separate property and by the time of the dissolution, they will correspond only to the owner.

On the other hand, sometimes separate properties- such as inherited assets-, which is a right supposed to be acquired before getting married, and after the separation they will belong to the legal owner of the property.

Although, everything has been explained until now, the judge can grant a temporary use of the property to one side, based on “decent interest of protection” -also included in the Civil Code-. A very common example is when the mother is a housewife and she has been taking care of their children -not working in this period of marriage- and due to her age, she is not eligible for a job.

In these cases, the temporary possession could be even for the side who does not have the ownership. If this is the case, the normal thing is for the judge to establish a limited period of time, or just, the launch is conditioned by accomplishing the circumstances that encouraged that criteria.

THE MOST COMMON SITUATION: SELLING THE HOUSE AND LIQUIDATING THE SOCIETY

When the couple is married under the community property regime -and therefore the house is owned by them 50%-. So, if none of them need that “protection”, and the judge fix a temporary allowance, it will be conditioned by selling the property and liquidating that community of property. Thus, here is where we start our work -as real estate agents- we help them achieve that goal.

By this moment, we can mainly face 3 different situations:

1-. Selling the house, cancelling the mortgage -if there is one- and distributing the money in equal parts.

It seems the easiest, but it is not always like that. What if… for example, there is not enough money for cancelling the mortgage? Effectively, this is something that we can see very often. Just because they buy in the “Boom” period, or simply because they have re-mortgaged many times the house for different reasons, and the current appraisal value cannot even cover the amount of the debt.

In this case, either they have the necessary funds for cancelling the rest of the money -and in this way they can transmit it in the market conditions-; or they can rent it, waiting for a market rising, and taking advantage of this period for cancelling a higher amount of the mortgage. Maybe in this way the offer and demand could match up. If not, and as a last choice, the bank could accept a pay in lieu of notice -which is not easy, although everything is negotiable-.

2-. If one side takes the house

In these cases, the new owner should pay the difference to the other side as a compensation, either through asking for a loan from the bank, or with his own liquidity if he has it.

Just in case that they already have a mortgage concede for payment of that house, he also could subrogate the same, and compensate economically to the other part or not, depending on the current market value.

The lack of economic resources makes it necessary many times, and during this crisis period has appeared this new trend, so thanks to sharing their home, their economic situation improves. Of course, in this way it always appears as more domestic controversies, so from my point of view, this should be the last option and not recommendable.

Another thing is, when the judge makes the decision that each of the spouses could occupy the house during a concrete period, and then change its use, until their economic situation improves. For example, one could occupy the home for 3 months and then the other. 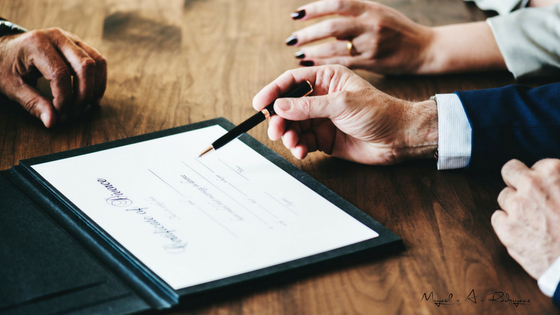 After seeing the different options that we can face in such a complex and uncomfortable situation like a separation is; and by the time of that “point of no return”, you must act with a clear mind, that let us overcome it as soon as possible, and with the best result for both parts. My recommendation in that sense, is putting it in the hands of a specialized lawyer in this matter, and before making the decision in one sense or another, knowing the legal support that we have and our rights.

Regarding to the sale, it is also convenient going to a professional -real estate in this case-, that helps you accomplish the goal that you have set, minimizing all the risks involved around a conveyance operation.